Don’t let the lack of reviews steer you away from the EGO Cordless Pole Saw kit. The company makes the best cordless outdoor equipment on the market, especially if you’re looking for a big-battery system that can hold its own against many gas pole saws. Before we get to all the advantages of the EGO […] 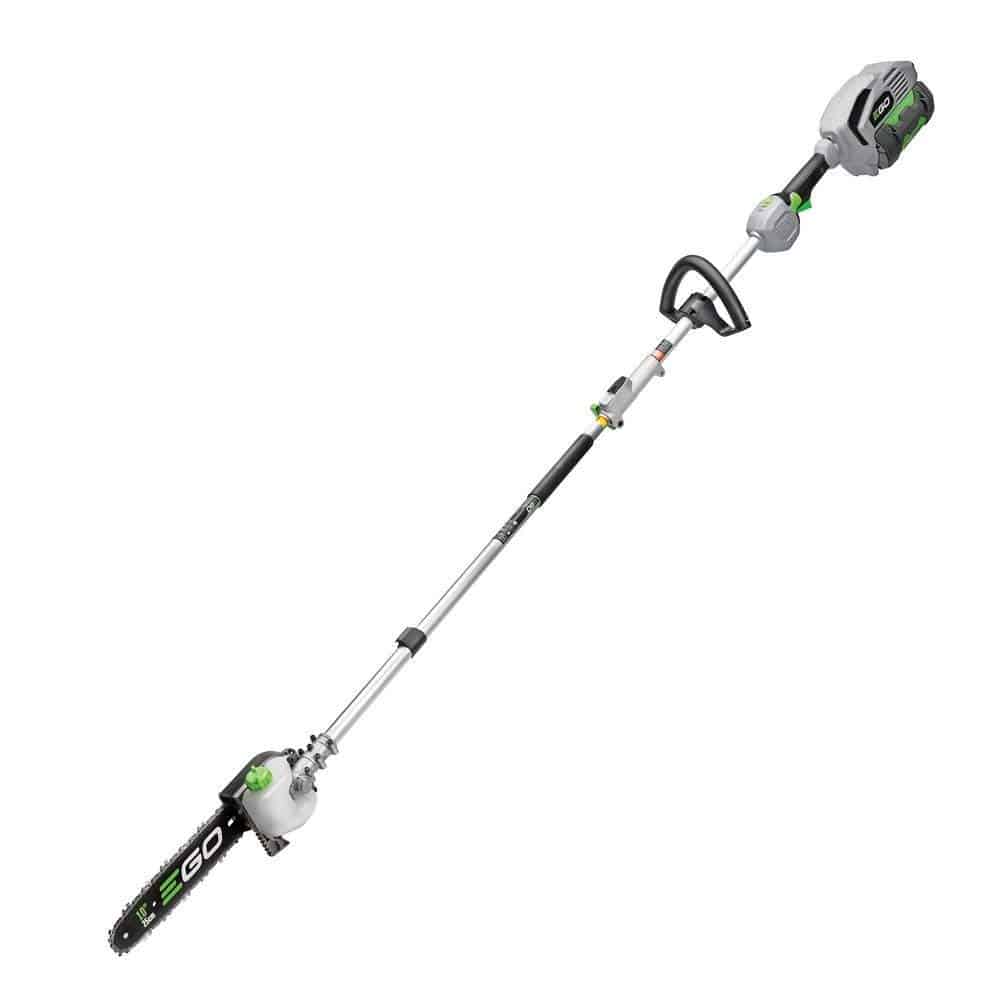 Don’t let the lack of reviews steer you away from the EGO Cordless Pole Saw kit. The company makes the best cordless outdoor equipment on the market, especially if you’re looking for a big-battery system that can hold its own against many gas pole saws.

Before we get to all the advantages of the EGO Power Head and Pole Saw, we’re going to tell you about the only drawback – the price tag. This tool is twice the price of other battery-powered models and will set you back as much as a good gas chainsaw. Well, there’s a reason for that as it’s a “system” in the truest sense of the word and one capable of working with other attachments.

Most company’s battery system are “plug and go” as you simply need to slot in a battery and you’re ready to roll. The same rule applies with the EGO Power Head, but you can buy a string trimmer or edger attachment as well. The massive 56-volt battery will work in all the companies’ equipment and is generally a few hundred bucks by itself. Simply put, you’re getting a lot of value from this kit.

The Power+ Multi-head has an efficient brushless motor housed inside a sturdy casing. According to the user manual, it’s also water-resistant to a degree as the shell and pole saw attachment has an IP4 rating. There’s a speed selection setting with high and low and a lock-off button for safety. The handle is adjustable, and switching out heads is extremely easy as well.

As for the pole saw attachment, it’s has a 10-inch Oregon Bar and chain. It sports Oregon’s narrow-kerf cutting system with double guard bars and an automatic oiler. It can cut through larger limbs than other models in this class but doesn’t have quite the reach out of the box at around 7.5 feet fully assembled. You can pick up an extension however which increases the range by an additional 31-inches. It also doesn’t have tool-less tensioning, but those are the only drawbacks from a mechanical standpoint.

The company didn’t throw out a “cuts per charge” rating with this one, but trust me when I say the 2.0Ah battery has some power. I have the mower with the same battery and can cut for close to an hour non-stop before it dies. The charger brings that battery back in around 30-45 minutes as well, so you won’t be disappointed by the battery life or its power.

There’s a lot to like about the EGO Power Head and Pole Saw combo, and if it’s within your budget, it’s a set we highly recommend. Oil leaking is minimal, and it’s lightweight at around 13 pounds fully assembled and with the battery. This kit comes with the Power Head, Pole Saw, two manuals, a dual head wrench, 60V battery, charger, and sheath. All EGO tools are guaranteed for five years, and the battery has a 3-year warranty.