Headed off on an international family vacation? The BESTEK Travel Adapter and Converter Combo has got you covered. Yep. All of you. With its three AC outlets and four USB ports, you can plug in up to seven devices all at once with the BESTEK travel adapter! That’s right: It charges seven devices simultaneously. So […] 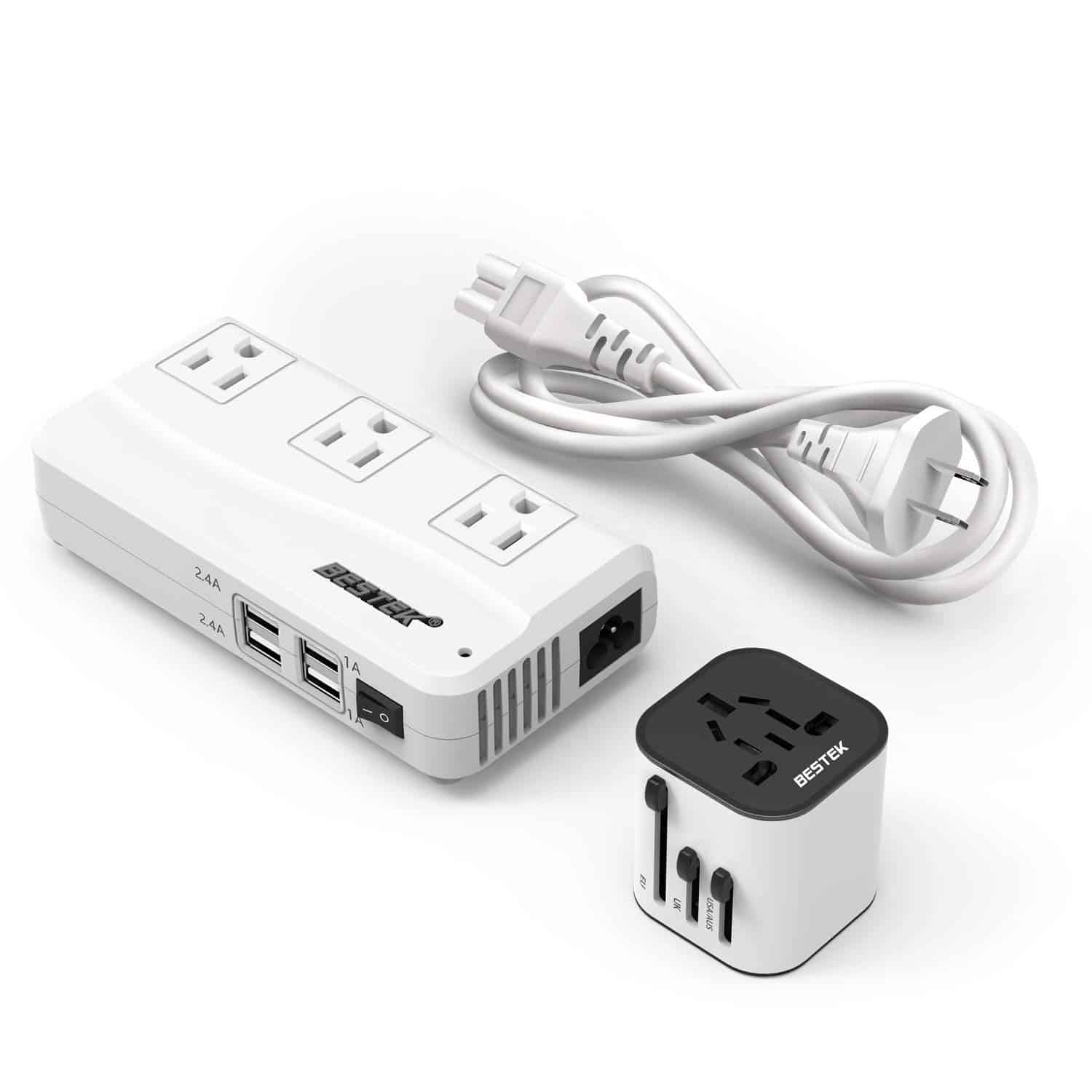 Headed off on an international family vacation? The BESTEK Travel Adapter and Converter Combo has got you covered.

With its three AC outlets and four USB ports, you can plug in up to seven devices all at once with the BESTEK travel adapter!

So no fighting over who gets to charge their phone first! Instead you can move on to fighting over other stuff, like where you’re going to eat for dinner and who gets control of the TV remote.

But anyway, as if that wasn’t enough, the BESTEK also comes along with its very own converter. While the adapter’s got you covered for over 150 different countries, the converter can step down anything from up to 240 volts to a US-friendly 110-120 volts.

The safety features included in this one are another definite plus, like the short-circuit and overheating protection.

It’s been extensively safety tested too to help put your mind at ease.

Unlike the GJT travel adapter and converter, the BESTEK isn’t a totally all-in-one type deal. It’s ultimately broken down into two devices, which are then connected with a power cord.

Because of this — and because of those extra AC and USB ports — it does add a lot more bulk to your luggage than some of the other options out there.

It also can’t handle devices with an accumulated charge of more than 200 watts, so this is not your guy if you’re looking to bring along demanding appliances.

While the cooling fan for the converter is a neat touch, a lot of customers found it to be pretty loud and distracting, and we’d unfortunately have to agree on that point.

This could be a real problem if you’re a light sleeper (although nothing a good pair of earplugs wouldn’t solve).

Despite these flaws, we still would wholeheartedly recommend the BESTEK for that next family trip, or for the traveler who needs some extra capability out of their travel adapter.

If you’re a stickler for staying organized, you can even opt to get a specially made travel case for the BESTEK travel adapter and converter. Pretty sweet, huh? (And if you really love to get organized, we’ve got just the thing.)

The BESTEK travel adapter is covered by a two-year warranty, with more information available from the manufacturer’s website.